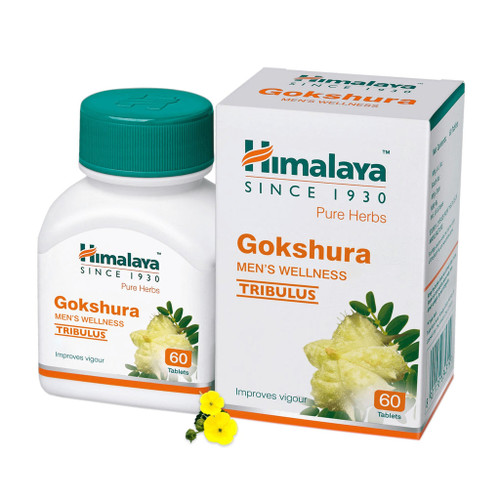 Tribulus is a plant that produces fruit covered with spines. Rumor has it that tribulus is also known as puncture vine because the spines are so sharp they can flatten bicycle tires. People use the fruit, leaf, and root as medicine for wide-ranging complaints.

Tribulus is used for kidney problems, including kidney stones, painful urination, a kidney disorder called Bright's disease, and as a “water pill” (diuretic) to increase urination; for skin disorders, including eczema (atopic dermatitis), psoriasis, and scabies; for male sexual problems, including erectile dysfunction (ED), involuntary release of semen without orgasm (spermatorrhea), and to increase sexual desire; for heart and circulatory system problems, including chest pain, high blood pressure, high cholesterol, and “tired blood” (anemia); for problems with digestion, including colic, intestinal gas (flatulence), constipation, and to expel intestinal parasitic worms; for pain and swelling (inflammation) of the tissue lining the mouth (stomatitis) and sore throat; and for cancer, especially nose tumors.

Women use tribulus to tone muscles before childbirth, to cause an abortion, and to stimulate milk flow.

How does it work?

Tribulus has chemicals that might increase some hormones in animals. However, it doesn't appear to increase male hormones (testosterone) in humans.

Insufficient Evidence to Rate Effectiveness for...

More evidence is needed to rate the effectiveness of tribulus for these uses.

Tribulus terrestris is a herb from Ayurveda that is mostly recommended for male health including virility and vitality, and specifically more catered towards cardiovascular and urogenital health. It is a common supplement for its libido enhancing properties and supposed testosterone boosting properties.

On the sexual side of things, tribulus does appear to be a relatively reliable and potent libido enhancer in rats and the lone human study assessing this has confirmed an increase in sexual well being and erectile function. While it is not exactly known how tribulus works, it is known to enhance androgen receptor density in the brain (muscle tissue not confirmed) which may enhance the libido enhancing properties of androgens. Limited evidence suggests that it is weak to non-effective in enhancing fertility.

A specific component, tribulosin, appears to be quite potently cardioprotective and is effective in the 1-10nM range. It has not yet been tested in living creatures, but remains a very promising option.

In animal research, the fruits of tribulus appears to protect the organs (mostly liver and kidneys) from oxidative damages at reasonably low dosages and also exert anti-stress effects; confirming the status of tribulus terrestris as an adaptogen.

Despite the above promise as an adaptogen and a libido enhancer, studies investigating tribulus in sports performance have all failed to find benefits. The herb seems to be a possibly healthy herb that enhances sexuality but with limited use for power output and testosterone enhancement (which it has repeatedly failed to do).